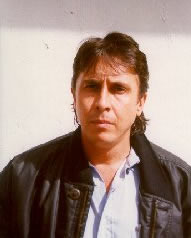 Fabio Ochoa was born on May 2, 1957 in Medellín, Colombia. He was the youngest of the children of the entrepreneur and breeder of step horses Fabio Ochoa Restrepo. Together with his brothers Jorge and Juan David, he was part of the Medellín Cartel.

In his scarce 24 years was a terrible thug, well known in the circles of the city of Miami where he settled the distribution of the quoted white powder.

In his statements to the Public Prosecutor’s Office, he acknowledged that he began his criminal activity related to the network in 1974 with the introduction of half a kilo, to be completed in 1990, a year for which he was able to transport 30 tons a month.

He is currently in the United States, serving a 30-year sentence.

Fabio Ochoa Communicates his Desires to Turn Himself In

The end of his criminal career began in 1990 when the President of Colombia at that time, César Gaviria Trujillo, signed the decree 2,047 that was interpreted as a benefit that allowed them to put to law and reinserted in citizen life to those involved in this type of crimes.

The next day, Fabio addressed a letter to his family informing him of the will to surrender to the authorities of his country and to face his debts with justice.

One of his relatives said that Fabio could not withstand the pressure of feeling persecuted and loneliness. Waiting for the conclusions of the steps taken for the surrender, two of his closest collaborators disappeared, one of them appeared dead, reason why Fabio not feeling safe, decided that his surrender was of imperious necessity.

He sensed that a meeting with the elite group created for his capture would be the end of his life.

Fabio Ochoa Turns Himself In

Fabio Ochoa Vasquez, set December 14, 1990 as the date to be handed over to the Directorate of Criminal Investigation, however, an unexpected event suspended the proceedings. His lawyers managed to delay the act of delivery because of the reservations they had about the transparency of the process.

On December 17, another decree was signed; the 3030 that was considered like a decree of war of the government against the Cartel. Ochoa, disregarding the recommendations of his legal advisers, decided that he would surrender “to the first judge to get in the way.” 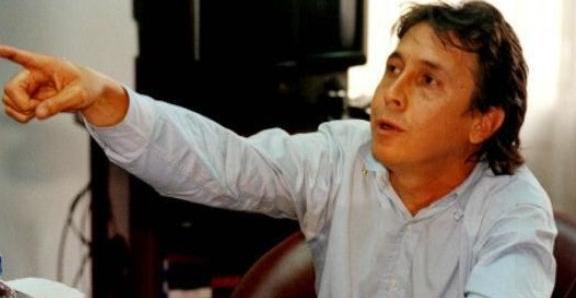 He made an appointment with his family to say goodbye, but he did not come for fear of being found and beaten by the persecution group. He then summoned them to meet at the place of the surrender he had agreed with the authorities.

At the ceremony, the protocol documents were signed and a video was filmed to record the condition in which the accused was surrendered.

On September 17, 1996, Fabio would be released after serving a sentence of only five years and nine months.

He and his brothers managed to evade extradition because at that time, Colombia and the United States had no agreement to do so and they were promised that they would not be extradited in the future if it were to be in force again.

Just three years after his release, Fabio Ochoa was captured again during an operation carried out by the Colombian government in conjunction with the CIA.

Authorities had been following the trail for a year to a cartel considered the most powerful after the fall of Cali. They moved approximately 30,000 kilograms of cocaine monthly.

The arrest of the youngest of the Ochoa surprised many, since apparently he lived a quiet life and moved away of the mafia.

The Ochoa family said the arrest had been a mockery and that Fabio was innocent of any crime.

The US government accused him in court of being responsible for the introduction of cocaine in his territory between 1997 and 1999, in addition to being indicated by the Mexican authorities to serve as a link between the Cartel he represented and the so-called “cartel of the Millennium “.

Fabio Ochoa Vásquez was extradited to the United States on September 8, 2001, in his trial was found guilty for what he was sentenced to 30 years in prison for conspiracy to commit crimes and to distribute drugs in the territory of that country.

Fabio Ochoa and the Television

His character is represented in several television series: